The soaring swell of strings, the mellow call of the French horn, the rhythmic thud of timpani; there is something about orchestral music that resonates deeply with audiences, whether it’s heard live in a concert hall or as the background score during a film screening. In each and every orchestra, a cast of individual virtuosos work in perfect harmony to produce a cohesive, synergistic sound. Yet despite the impressive collaborative nature of these musical ensembles, there is a clear hierarchy at play. There are first chairs or section principals, who act as the main voice or lead for their respective sections. There are assistant principals who play second fiddle. And finally there’s the most high-ranking title of them all – the leader. Or, as it’s known in the US, the concertmaster.

When From the Grapevine approached us to write about David Radzynski, the recently crowned 28-year-old concertmaster of the highly regarded Israeli Philharmonic Orchestra, we were delighted. As music lovers, we were excited to share the story of remarkably talented young man and his rapid rise to classical music stardom.

So that’s what we did. You can read our full blog on David Radzynski for From the Grapevine below. 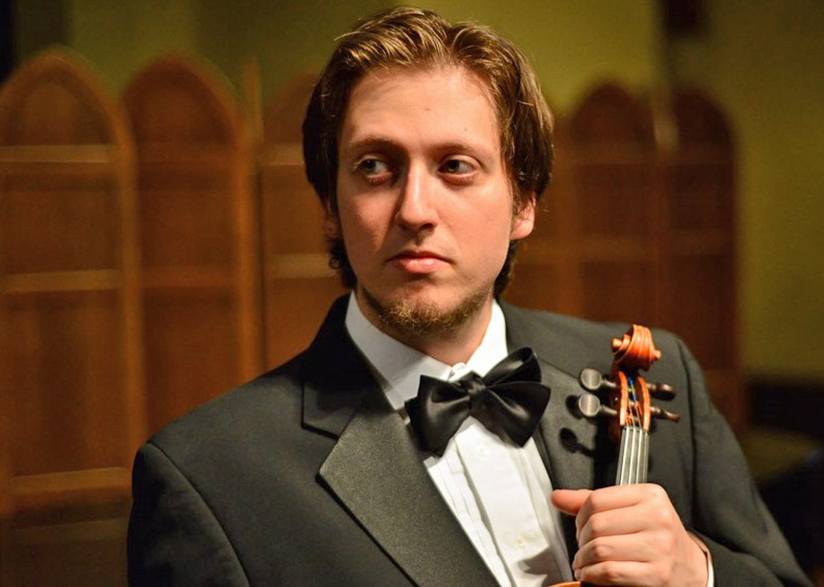 For classical violinists, few jobs are as sought after as that of the concertmaster. To earn the title at a prestigious orchestra as a fresh-faced 28-year-old graduate seems unlikely. Yet that’s what happened to David Radzynski when he was appointed concertmaster of the renowned Israel Philharmonic Orchestra (IPO) earlier this year.

The orchestra’s concertmaster is known – rather tellingly – as the leader. Indeed, leading is exactly what this role entails. Concertmasters are not only tasked with performing any solo parts required in an orchestral score, but are also in charge of setting the tone on stage and carrying out the conductor’s musical vision. The members of the orchestra pick up cues on dynamics, tempo and nuance and emphases of phrasing through the concertmaster’s bowing and gestures. Their duties don’t end when they exit the stage, either; principal violinists also represent the orchestra at official functions.

That’s a lot of responsibility, particularly for a violinist undertaking his first orchestra gig. Before this appointment, Radzynski had never played in a professional orchestra, never mind led one. So how did someone as young as he end up in the first chair of one of the finest orchestras in the world? That tale, like most success stories, involves a whole lot of hard work and a dollop of luck.

Radzynski was born in New Haven, Connecticut. Music was in his genes. His father is a composer and a professor of composition and theory at Ohio State University, and his mother is a pianist. In fact, it was Radzynski’s mother who first began providing musical instruction, beginning to teach him piano at the tender age of 3. At 6, he took up the instrument that would become his musical tool of choice: the violin. 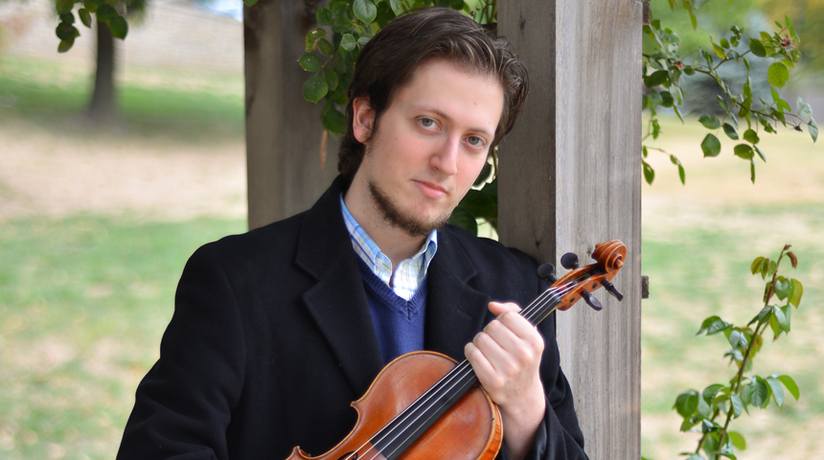 As he grew older, his natural aptitude for music became apparent. It wasn’t long until the prizes and accolades began pouring in. In 2001, Radzynski was the winner of the Columbus Symphony Orchestra Young Musicians Competition, and in 2006, he was awarded first prize in the solo competition of the American String Teachers’ Association. Radzynski received a bachelor’s in music from Indiana University and a master’s from the Yale University School of Music before going on to study violin performance at Park University in Missouri.

A recital of Radzynski’s was broadcast on an Israeli classical music radio show. This performance caught the attention of another Israeli-American musician, Simca Heled, who happened to be listening at that exact moment. Heled, who was the former principal cellist of the IPO, was impressed by what he had heard. He reached out to Radzynski – a connection that would ultimately help propel Radzynski into the esteemed role.

Six years later, and a confluence of luck, fate and hard work led to a huge career breakthrough for Radzynski. The first stroke of good timing was the job opening itself, which followed the IPO’s long-time concertmaster Lazar Shuster’s retirement after almost four decades at the helm.
As the IPO began searching for a replacement, Heled – who was then playing in a series of chamber music concerts with Radzynski – suggested they consider the young musician for the role. Having gotten in touch with the IPO, Heled arranged for the promising violinist to perform for the IPO’s internationally acclaimed music director, maestro Zubin Mehta. Despite the fact that this initial performance was rather last-minute, he still managed to impress.

Radzynski had to prove his mettle. Several audition rounds required him to play excerpts from orchestral works and solos and to perform the Brahms Violin Concerto with the orchestra and its conductor, as well as playing several concertmaster solos for the judges. Evidently it went well, as shortly thereafter, Radzynski joined Yigal Tuneh and Ilya Konovalov in the esteemed ranks of the IPO’s rotating concertmasters. Just like that, the young violinist went from graduate student to first fiddle of a first-rate orchestra.

This isn’t the end – simply click here to read the full article on the From the Grapevine blog. To read some of the other blogs we’ve written for this client, head over to our projects page, or come and say hello on Twitter.

Photos courtesy of American Friends of the Israel Philharmonic Orchestra