Our team at World Words are regularly enlisted to write tempting travel itineraries for an array of tour providers. One such client is PhotoXpeditions, who run photography workshops, taking participants out to incredible destinations all over the world to hone their photographic skills under the guidance of a photographic pro. We’ve completed quite a few enticing tour itineraries for Photo Xpeditions in the past, writing about photography-focused tours of places such as Japan and Myanmar.

Among the recently published itineraries produced by our expert travel writers was this ‘Inspiring Iceland’ photography workshop. With its raw and dramatic landscapes, hot springs and cool cities, Iceland has endless lens fodder. Plus, it’s one of the main filming locations for the incredibly popular ‘Game of Thrones’ TV series – few destinations are more in vogue among travellers right now. So Photo Xpeditions asked us to take a look at their existing itinerary, tidy up what was already there and add lots more interesting information off our own back.

We’ve published an excerpt from the itinerary below to give you a taster of what the tour will include. 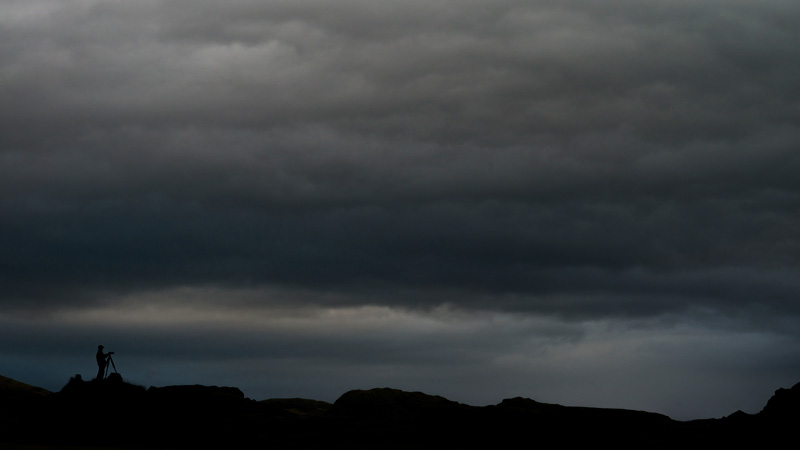 Iceland is a living, breathing land that gurgles, rumbles, spits and spews with geothermal and volcanic activity. Set in the North Atlantic Ocean, it is a dramatic island of wild contrasts. Every scene beckons the lens: Imagine green fields with shimmering glaciers as a backdrop, dark black sand beaches with white-flecked waves crashing in and sky-high volcanic peaks silhouetted against the golden light of a languid summertime sunset, where the sun skims the horizon before rising again for another endless day. Packed to the brim with striking scenery, deserted terrain and a variety of fauna, Iceland allows you to shoot unhampered and challenges you to capture the magical atmosphere of this unique land.

Introduction
Iceland is a place that inspires awe in visitors. With every turn, this little-populated nation offers up natural wonders with the power to mesmerize: geysers gush water, volcanic craters smoke and grumble, gases spurt from crevices and fissures, mammoth monolithic glaciers inch along and the twisted remnants of hardened lava decorate large swathes of land.

Elemental forces aren’t the only things at play in this captivating country; exquisite wildlife also frolics here. Spruce black-and-white puffins are a common sight throughout the summer, as are northern gannets, guillemots, razorbills and various duck species. Whales parade the waters along the coast and dorsal fins can be occasionally spotted cutting through the rippled surface like a sharp knife.

With its sweeping vistas, Iceland offers up a wealth of photographic subjects and scenes. Join us for a photographic workshop in this spectacular island. 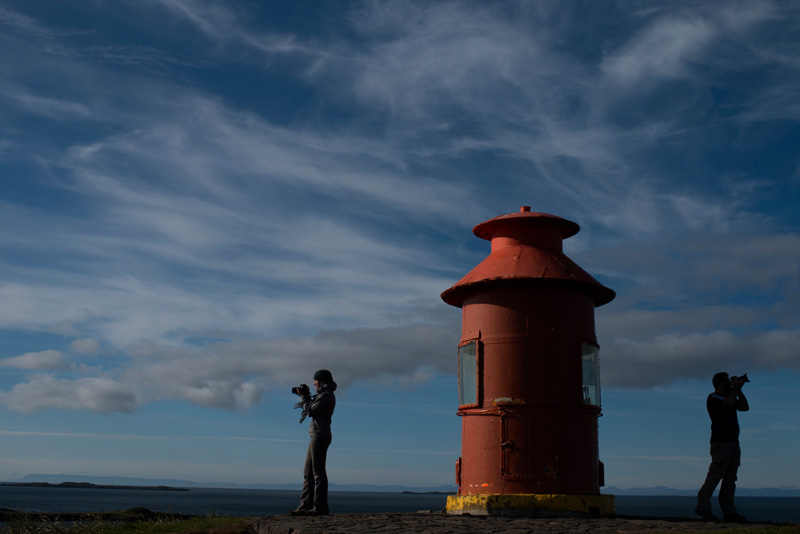 Dubbed ‘Iceland in Miniature’, Snæfellsnes peninsula encompasses many of the country’s diverse landscapes. At just 55.9 miles (90 kilometers) in length, it manages to pack in an astonishing number of sights. Rocky mountain peaks stand tall and proud, while vast stretches of gnarly lava fields lie solid — frozen in time. See calm fjords, quaint fishing villages and mineral springs, as well as stretches of black and light-sand beaches, which contrast against the crisp frothy grey of the incoming Atlantic waves. When exploring near the coast, remember to look up; there are all kinds of stunning birds wheeling around overhead for those who can press the shutter quick enough.

Stay overnight on the Snæfellsnes peninsula.

August 14: Flatey Island, Breiðafjörður Bay – Kirkjufell and Bjarnarhöfn
Rise early to catch the boat across to Flatey Island, a time-warp community located in Skjálfandi Bay. Once an important fishing and commercial center for the region, this car-free island retains the old houses and warehouses of its early 20th-century heyday and it remains a bastion of rural Icelandic culture. Head to the coast to observe the flurry of birding activity and look for flocks of kittiwakes, eider and other seabirds circling the skies.

Return to the mainland, where a drive north will reveal even more of the peninsula’s breathtaking terrain. A photographic paradise, this area includes the unusual cone-shaped Kirkjufell mountain, which looms imposingly over the sea and the dazzling Drápuhlíðarfjall mountain, comprised of various stone and volcanic deposits, which combine to create a colorful marble effect. Afterward, stop at Bjarnarhöfn shark museum to learn about and taste hákarl (fermented shark meat), a commonly consumed local specialty. Although fresh shark meat is poisonous, this fermented snack is perfectly safe to eat — though not to everyone’s taste!

Spend the evening in Stykkishólmur, the largest town on the peninsula. The waterside settlement is a charming place with cute, colored harbor-side houses and well-preserved historic homes.

Want to know more about the photography workshop in Iceland? Then read the full tour itinerary on Photo Xpeditions. Or if you fancy a photography tour to a different destination, you’ll find other lots of other photo workshops in our tours and itineraries section of our portfolio. Don’t forget to come say hello on Twitter too.