When you think of Panama, you might think of canals, hats and the fabled Darien Gap. But what you might not think of is just how stunning and traveller-friendly this country is, which is why we enjoyed writing about it so much in this article for Luxe Magazine.

Panama proved a fascinating topic to cover, from its slick modern skyscrapers to secluded tropical beaches. Such diversity characterises the small country, which offers heritage sites, angling in fish-crammed lakes and a broad array of museums. You could choose Panama if you wanted an adventure holiday, a city break, a lazy week by the ocean – or even a bit of all three.

Clearly, there is never a shortage of things to see and do in Panama, so this travel article for Luxe Magazine filled up quickly with fascinating facts and recommendations to make the most of any holiday there. Scroll down to read an excerpt from the piece, where you can learn more about the country, including the curious origin of its name. 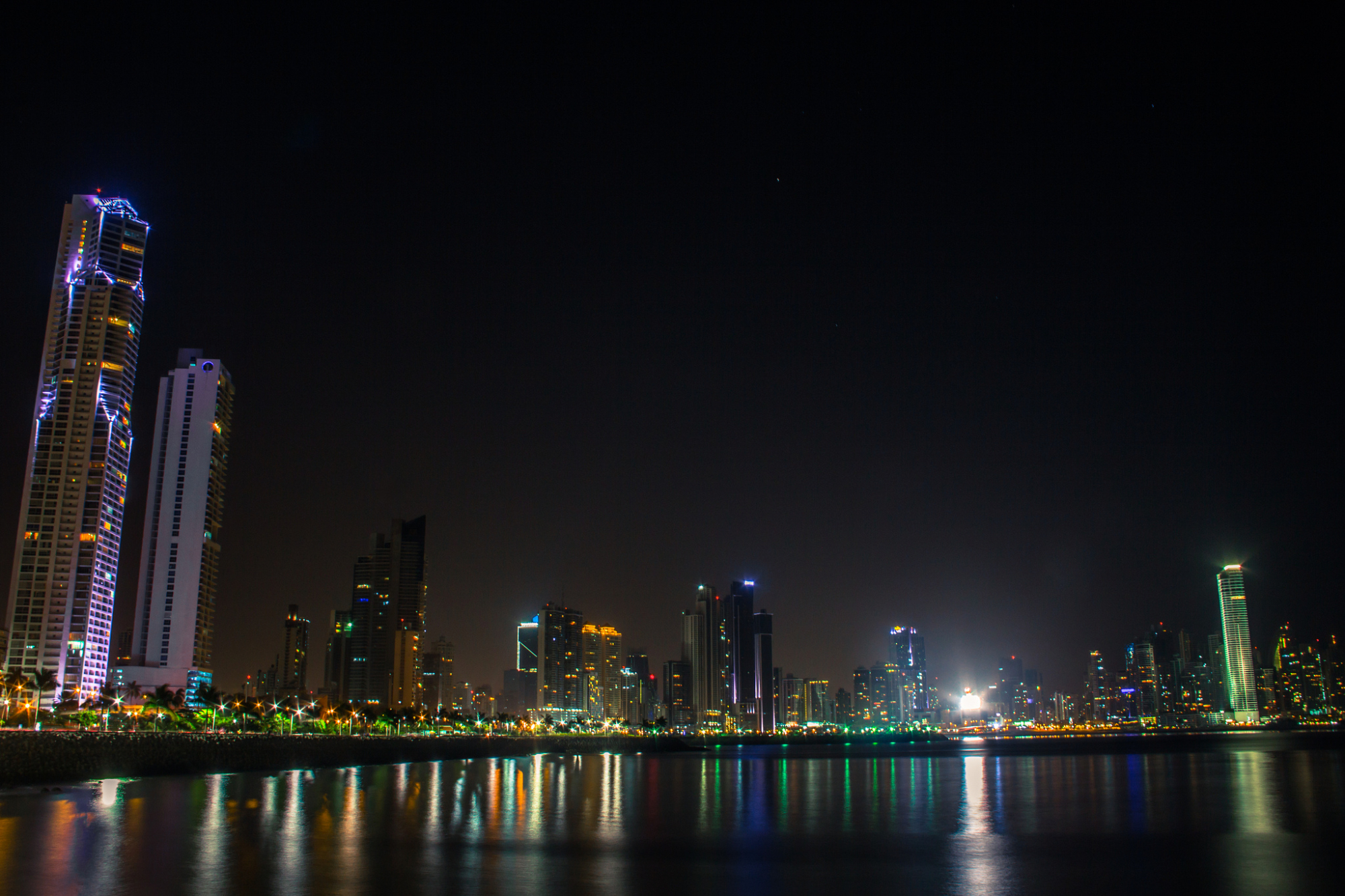 It’s a crucial cog in global trade, the linchpin of the Americas and a vital link between the Atlantic and Pacific, but Panama has so much more to offer than its crosswise canal.

Panama is a nation racing towards the future, all while curating its cultural output and protecting its natural assets. Nowhere is this flurry of activity more apparent than in Panama City, the beating heart and financial engine behind Latin America’s fastest-growing economy.

Skyscrapers sprout out of Panama City’s thick air like beanstalks, but the most exciting addition to the skyline comes from Pritzker Prizewinning architect Frank Gehry. His crayon-coloured Biomuseo opened within an angularly erratic building in October 2014, and is your perfect introduction to the nation’s incredible biodiversity.

When the glitz and glam of modern Panama City begins to wear you down, take time to enjoy the quieter charms of Casco Viejo. Situated along the southwestern tip of town – and overlooking the canal’s Pacific entrance – this UNESCO World Heritage Site is virtually all that existed of the city when construction began on the Panama Canal in 1904.

Casco Viejo’s glory days may be long gone, but its cobbled streets and crumbled buildings are undeniably enchanting. After decades as an urban slum, this historic quarter is now in the midst of a fabulous restoration and gentrification project spurred by Panama’s international community.

Explore the neighbourhood’s rich and sordid history on a stroll along the old colonial wall. Then walk past beautiful art deco facades, gape at the magnificent Metropolitan Cathedral and have a look around the excellent Canal Museum. Along the way keep an eye out for Karavan Gallery, home to colourful textiles made by the indigenous Kuna community and stop for lunch in the old quarter’s top café, Super Gourmet, whose globetrotting menu is sure to please. You’ll also find two of the city’s best designer hotels here: Las Clementinas and the American Trade Hotel.

Panama City’s urban attractions are great, but one of its best features is its proximity to virgin forests, according to Rob Harper, who organises bespoke holidays for Panama Vacations. “Panama City is really interesting because it’s the most cosmopolitan city in Central America and yet there is this thick rainforest that comes right up to its border,” Harper explained. “You can literally go out into the rainforest and rough it during the day, and then come back to a really high-end hotel, some fantastic food and a great tropical vibe.” 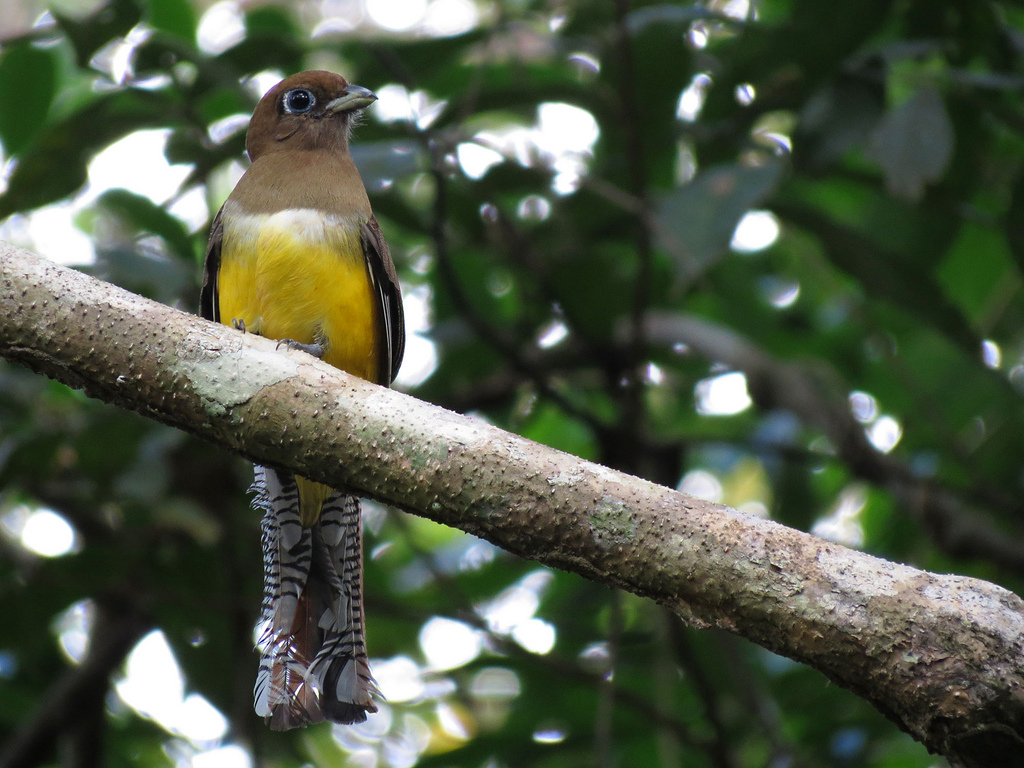 Just beyond city limits – and lining either side of the Panama Canal – lie a series of national parks and protected forests that are a world away from the urban hubbub of the capital. One of the best reserves for tourists, Soberania National Park, is just a 30-minute drive from the city centre. A menagerie of exotic mammals roam wild in Soberania, including whitefaced capuchin monkeys, red-crested tamarins and two-toed sloths. Some 525 species of birds also reside here, making it an ideal stop for birders in search of tanagers, trogons or toucans.

The canal opens up into the manmade Gatun Lake as you head northwest towards the Caribbean port of Colon. Trips out into the lake are another favourite among nature lovers, who often book full-day excursions from Panama City that include kayaking along the perimeter to view sloths, monkeys, iguanas and even the occasional crocodile.

‘Panama’ means ‘abundance of fish’ in the indigenous Cueva language and some of the most phenomenal angling takes place right in Gatun Lake. A local businessman accidentally introduced peacock bass to these waters in 1967 and they’ve since become the dominant game, fuelling a burgeoning sports fishing industry. Book a charter from Colon, Arenosa or Gamboa, the latter of which is just 45 minutes by car from Panama City.

Panama boasts the largest rainforest system in the Western Hemisphere outside the Amazon basin and an even larger swath of it lies within the Darien Gap. The jungle here is so impenetrable that it’s the only stretch of land preventing the PanAmerican Highway from linking Alaska with Argentina by road. As a result – and due to safety concerns along the border with Colombia – most travellers stick to the rainforests closer to the canal.

Find out more about Panama by reading the full travel article, which also includes information about the resorts and islands you’ll find there. For more writing on every kind of destination, browse World Words’ blogs and projects, and follow us on Twitter.