Fresh air and a sense of freedom – there’s nothing quite like exploring on your own two feet. Hiking is a favourite activity for many and we think it’s one of the best – and most fun – ways to get to know a new place. But the long-distance trails we’ve included in our latest travel article for From the Grapevine are not for fair-weather ramblers; these ambitious walking routes are epic feats reserved for the fittest and most dedicated of outdoor enthusiasts.

In our round-up of the world’s greatest hiking trails, we selected five of the most demanding and most spectacular long-distance footpaths across three continents. We included everything from New Zealand’s cinematic Te Araroa Trail to Israel’s diverse National Trail to America’s famous Pacific Crest Trail (setting for recent Reese Witherspoon blockbuster, ‘Wild’). To find out more about the challenges of each route, read an excerpt from our article below… 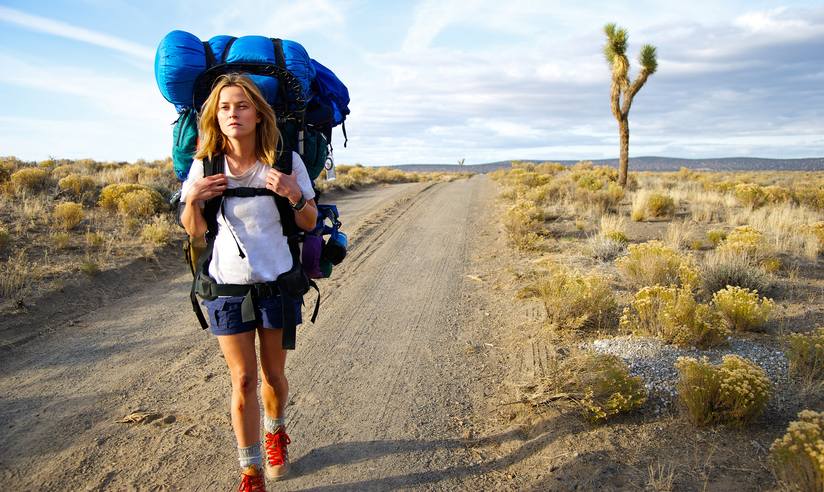 Long-distance hikes have become popular big-screen fodder. First Martin Sheen took on the Camino de Santiago in “The Way” then Mia Wasikowska set off across the Outback in “Tracks.” Soon Reese Witherspoon was stomping across the Pacific Crest Trail in “Wild” and later this year, Robert Redford will be tackling the Appalachian Trail in “A Walk in the Woods.” Have these movies got you itching for an epic adventure?

Long-distance hikes are tough and testing, but the rewards are undeniable. There’s the feeling of absolute freedom out among nature, the chance to escape workaday stresses and the sense of accomplishment that comes with completing one, not to mention the new relationships formed and bonds forged along the way. If you’re up for the challenge, lace up your boots and set off on one of these fantastic long-distance footpaths.

Appalachian Trail
The Appalachian Trail, or the A.T. as it’s also known, is a firm favorite among thru-hikers. This 2,180-mile track snakes up through Georgia passing through 12 other states before winding up in the wilds of Maine. Often touted as the granddaddy of long-distance trails, the A.T. attracts a steady stream of ambitious hikers. With the upcoming film adaptation of Bill Bryson’s Appalachian Trail memoir due to be released later this year, a surge is expected. “We saw almost a 50 percent increase in thru-hikers the year after the book, ‘A Walk in the Woods,’ was published,” said Laurie Potteiger, who works for the Appalachian Trail Conservancy. “As the author himself noted, it’s not so much the footpath that’s crowded, it’s the overnight sites where people cluster. The Appalachian Trail Conservancy is taking a number of steps to prepare for the increased number of hikers, ranging from an online voluntary thru-hiker registration to promoting a lesser-known thru-hike variant known as a flip-flop.”

On ‘flip flops’, hikers abandon traditional end-to-end routes and instead follow part of the trail in one direction and the rest in another – a clever way to evade crowds and disruptive weather. “Starting a thru-hike northbound in Harpers Ferry, West Virginia (known as the ‘psychological halfway point’ of the A.T.) in late April or early May allows hikers to avoid frigid temperatures at the beginning of their hike and start in the gentlest terrain,” explained Potteiger.

Israel National Trail
At approximately 620 miles long, the Israel National Trail (I.N.T.) offers up a lot of diversity. Running the length of the country, the I.N.T. zigzags from its starting point in the northern part of the country through the incredible landscapes such of the stark Negev desert where horned ibex and gazelles roam, down to the Red Sea at Israel’s southernmost toe. “The I.N.T. has much more variety than the A.T. [Appalachian Trail], although it is only around one-fourth the length,” said Richard Smith, an avid hiker and advocate for the trail who operates the Israel National Trail website. “The I.N.T. goes from desert to forested mountains to coastline and through urban settings. For cultural variety the I.N.T. exceeds anything on the planet, in my opinion.” For English-language hikers, Smith recommends purchasing Jacob Saar’s comprehensive guidebook, while theIsrael Trail forum also provides a wealth of information about the track.

Bibbulmun Track
If you are looking for a true-blue away-from-it-all wilderness escape, Southwest Australia’s Bibbulmun is it. Extending for 620 miles from Kalamunda near Perth to Albany, this track puts hikers out in the Australian bush where solitude is pretty much guaranteed. Follow the yellow markers past mountain peaks, lush forests, waterfalls, vineyards and coastal heathlands. Hikers have been known to encounter Australian wildlife such as kangaroos, emus and kookaburras, a native bird species known for its distinctive birdsong, which sounds not unlike human laughter.

For many, the biggest draw to Bibbulmun is its facilities. Huts and campsites are set up along the way, with most of them just a day’s walk apart. Check conditions on the Bibbulmun Track website before you go as bush fires have caused partial closures in the past.

That’s just a taster of the full article for From the Grapevine. If you’d like to read about the Pacific Crest Trail and Te Araroa too, head over to the FTG website to read the full article. To see more work from our expert travel content writers, browse our latest projects. And don’t forget to keep an eye on our Twitter feed too.